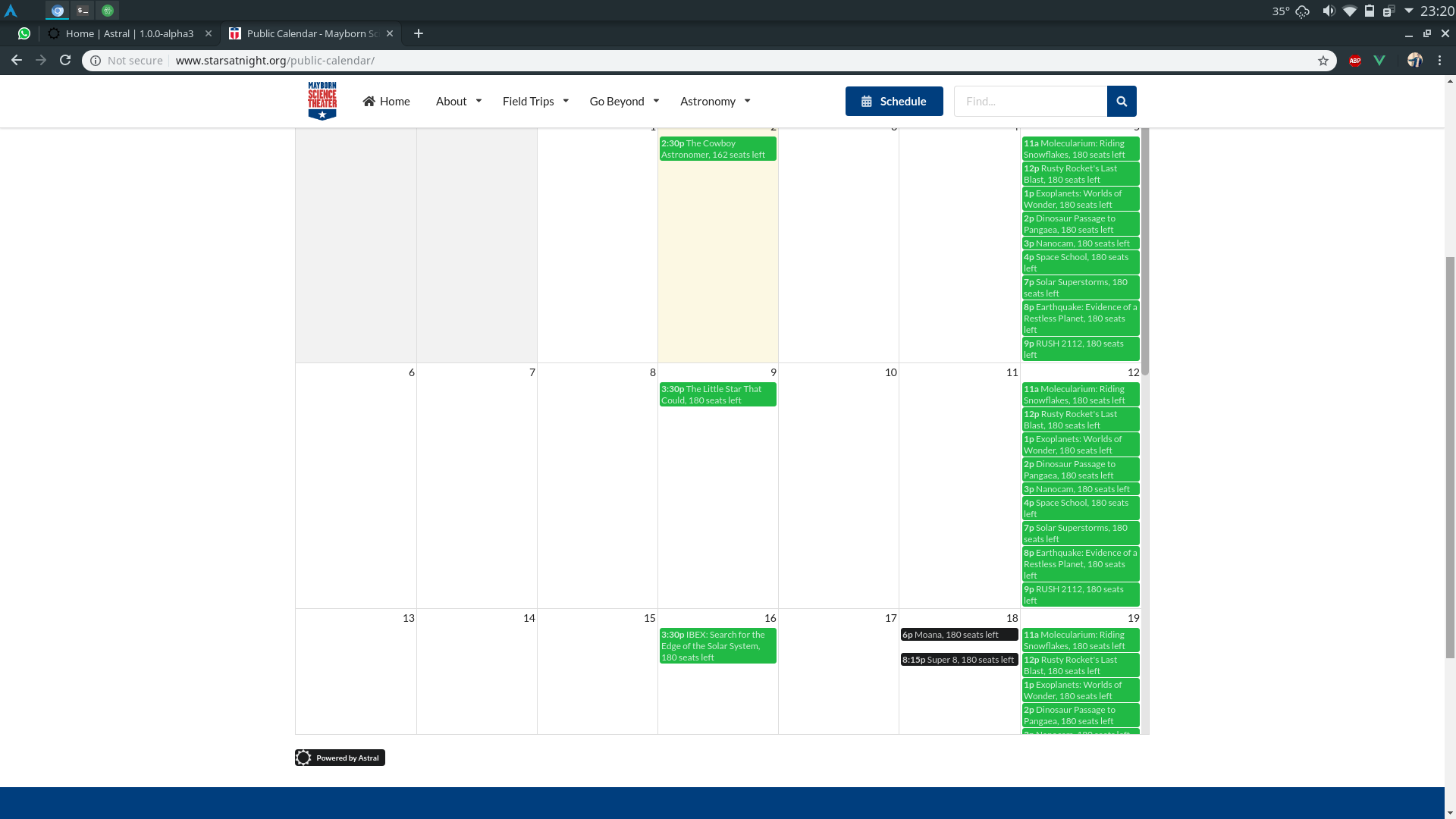 Alright! It has been I while since I posted something here. This was of course due to the holidays. Every december I take a break from coding to play a couple of games, hang out with friends and simply… live. This is necessary, no mater what you do. I kept working on Astral until mid-december as much as I could, even with everything I had going on.

After the our third alpha release I was finally going to focus on the self service side of the house. I had even a branch for it and everything, but the science theater needed to turn in attendance reports, something that I haven’t worked on in months and haven’t updated the code for. Since I first worked on reports, I have made several changes to the database structure of the application that made some queries return wrong data. I had to stop and focus on that, which is now 90% done and should be finished soon. After I knock that out of the way and fix a few small bugs, it will be time to work on the self service side of the house again. I plan to have an area for teachers to create and account and schedule field trips first, then focus on current members, then future members and then everyone else.

Last October, Astral celebrated its first anniversary in production. It has been a crazy ride, but the amount of knowledge I have absorbed on the way was incredibly amazing. This has been a challenge that I am dedicating myself for very hard, and I am proud of my accomplishments so far, even though most of it was mostly foundational.

We also made Astral available on the web. Our staff can access it from anywhere, rather than only in the science theater’s local network. We put it behind a secure connection and used the system to serve data on public shows in our website. This is something I have wanted to do for years and, when I first put it to work, it felt great. No more updating show schedules manually on our website. All we have to do is to add an event in Astral and, as long as it is marked as public, it will appear automatically on our website.

The plan is to work on several things this year: